Many of the major online travel agencies have travel reward systems for their loyal customers. And the reward programs can make you spend less money on your hotel reservations.

Are you ready to save some money on the next hotel you book?

Just click on a reward program below to find out more about it.

Airbnb has a sign up bonus and all you need to do to get it is to use a referral link when you open your account.

The Genius program by Booking gives you 10 to 15% extra discount on prices that other customers won't get. 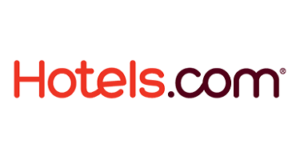 The reward system by Hotels gives you 1 free night for every 10 nights you book. 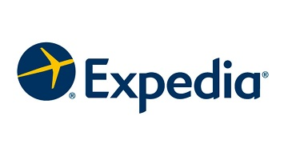 Save 10% or more with member prices and collect points which you can redeem for even cheaper stays.

Agoda with its reward system Agoda Cash could give you between 4% and 7% back on your reservations.

Benefits of the reward systems

The travel rewards come in different forms. But generally you could divide them into 4 different types. These are membership prices, loyalty systems, discount codes and other rewards such as free breakfast or a room upgrade.

Some rates are only available for members. So all you need to do to get the travel rewards in form of lower prices is to sign up, log in and start searching for good deals.

These special rates you only see when you are logged in. That means that if you aren’t logged in you can’t see the member rates.

Most sites have these kinds of membership rates. They go under different names but for example on Booking.com it’s called Secret Deal and on Hotels.com Secret Price.

It’s so easy to get these lower prices that it’s silly not to get them. Just sign up and pay less!

Then of course we have what is mostly associated with a loyalty system. Namely, when you use the site to collect nights or points that later on will give you cheaper or even free stays.

Booking.com has the Genius Program which can give you up 15% off prices that other customers won’t get.

Meanwhile Hotels.com can give you 1 night free after 10 completed stays.

Agoda and Expedia let you collect point that you later can use instead of cash to pay for your hotel.

The most straightforward way to save money on your hotel reservations is to use a discount code. Then you save money as soon as you make the reservation.

So when you use a discount code you don’t need to wait for the reward unlike when you collect points in a reward system.

Discount codes are especially frequent during campaign periods such as Black Weekend or the Christmas Sale. But they can be available at any time, so keep your eyes open.

Other rewards such as free breakfast or upgrades

Then on top of the money rewards it could be that the loyalty system enables you to get perks that aren’t in cents on dollars.

These perks could be free breakfast, room upgrades, early check in or late check out.

The higher membership level you’re in, the better your chances generally are to get these benefits.

What hotel loyalty systems are there? Expedia Rewards, Hotels Rewards, Agoda Cash and Booking Genius are the reward systems that are included in this guide.

Which is the best loyalty system? It’s really hard to conclude which the best travel reward system is as it depends on who uses it. Expedia Rewards, Hotels Rewards, Agoda Cash and Booking Genius all have their pros and cons.

Do you pay to join a travel reward system? No, it’s 100% free to join the reward systems mentioned on this page. So you have absolutely nothing to lose by signing up.

Close Panel
We use cookies to ensure the best experience on our website. If you continue to use this site you agree to our terms and conditions.AcceptRead more