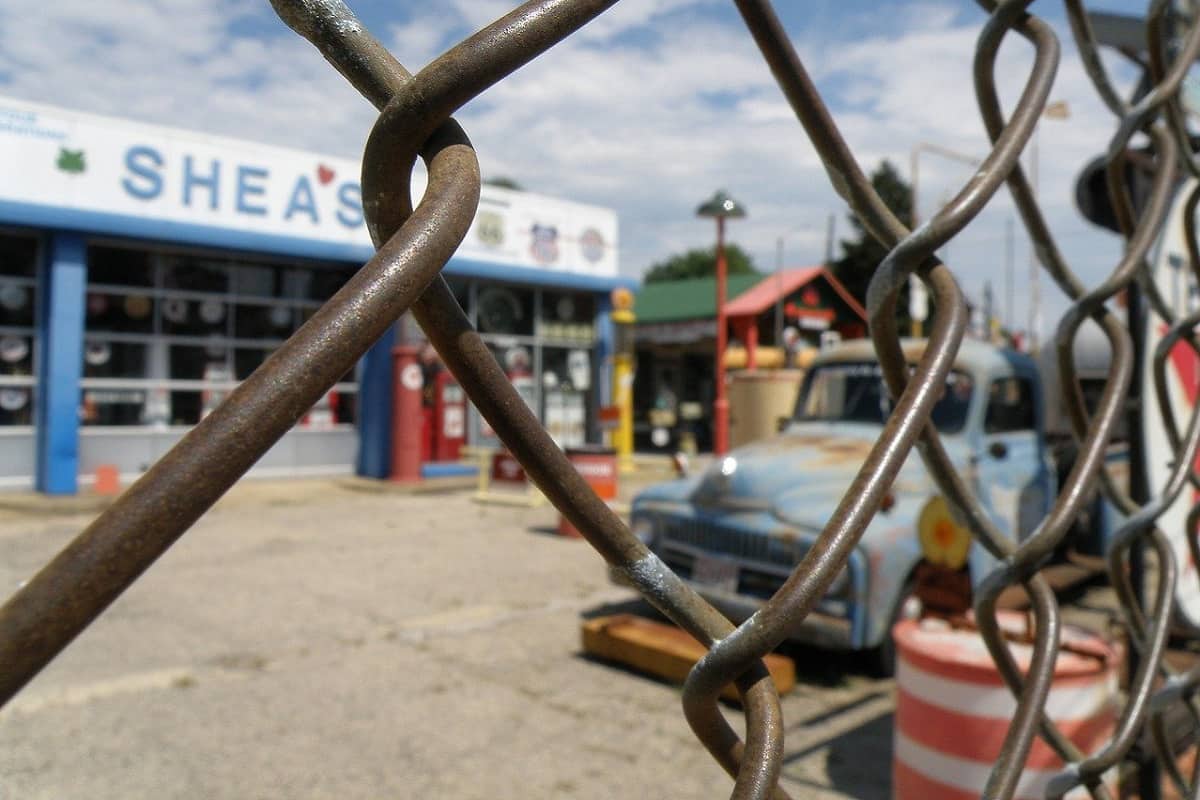 Sorry about the disclaimer. We just want to let you know that this site can exist thanks to compensation received from advertising and affiliate links. Read the full disclosure here.

The birthplace of America’s Highway

In April in 1926 a telegram was sent from Springfield to federal officials saying that number 66 for the highway route from Chicago through Springfield was acceptable. But this only happened after some controversy.

The designation of the numbers when the highway system was set up was a prestigious task. Most importantly, Kentucky delegates preferred to have number 60 for the cross country highway from Virginia Beach to Los Angeles. Meanwhile, number 62 was suggested for the route from Chicago to Los Angeles through Springfield.

Further, arguments and counterarguments were laid forward. But in the end the Kentucky delegates got their number 60 and the Missouri representatives settled with number 66. A double-digit number would be both easy to remember as well as enjoyable to use they believed.

The rest is history. Route 66 became the most famous route in the world. And even though it’s not as important today as it once was, Route 66 is an important part of American history.

Fantastic Caverns is a suitable way to celebrate

Fantastic Caverns gives you the most comfortable cave experience you can get. As it’s a ride-through cave you will not have to watch where you step while you tour the cave. Instead you can sit back and relax in the Jeep-drawn tram while the guide tells you about the history of the cave.

The cave was discovered in 1862 by a man and his dog. Since then it has been used as a meeting place for Ku Klux Klan, as a speakeasy during the time of Prohibition and for concerts. But today it’s all about touring the cavern. When you sit in your comfortable Jeep you can enjoy the temperature of about 60 °F (15 °C), which is kept throughout the cavern throughout the year.

And afterall, isn’t a drive through a cavern a very good way to celebrate that you’re in the birthplace of the most famous Route in the world?

Route 66 is the most famous route in the world. On the route cars of different models and years have traveled decade after decade. Suitingly enough, in Springield you find the Route 66 Car Museum located conveniently right at the famous route. Here you can indulge in the history of cars.

The impressive automobile are divided into automobile types of the brass era, classics, sports and celebrity.

The celebrity automobiles in chronological order include a 1926 Hudson Speedster from the Henry Fonda movie Grapes of Wrath. Moreover for the batman fans there’s a 1966 Gotham Roadster and a 1979 Gotham Cruiser. Then there is a 1991 Ghostbusters Cadillac. And from Resident Evil there’s the Zombie Protection Truck.

Where in Springfield should you stay?

Good hotels are located just at the Historic Route 66 which goes through the city a short distance north of Downtown Springfield. This is perfect if you travel on America’s Highway and just are passing through. But there are also good accommodation options in downtown and near Missouri State University if you want to stay more central.

Select your dates and search for your hotel on the map below, or press search to get the hotels listed.

A stop in Springfield is only one of four stops along Route 66 included in the post “American cross country road trip from Los Angeles to New York”. Other stops included are Albuquerque, Amarillo and Oklahoma City.