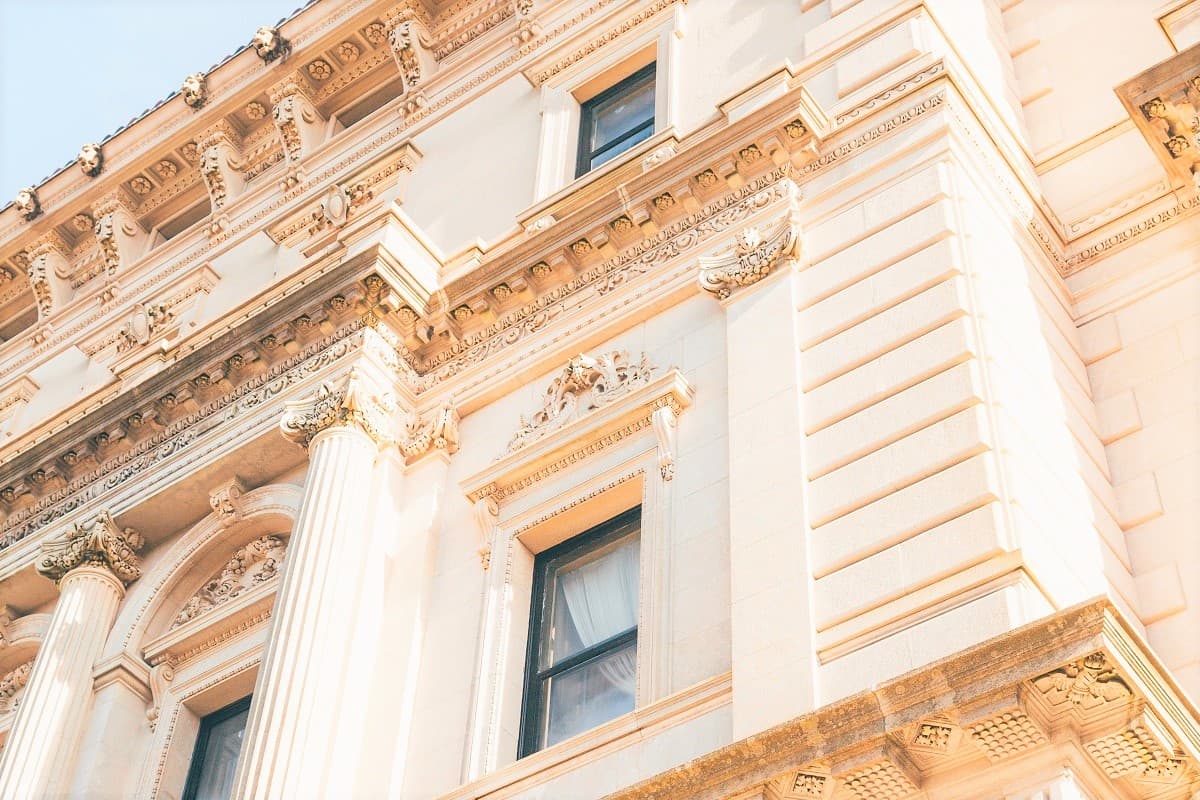 Newport in Rhode Island is a seaside town that was discovered by the rich and powerful a long time ago. It’s a place where everyday walks are spectacular and mansions tell fascinating stories. But where to stay in Newport for the best experience?

Newport Harbor, the town’s lively downtown area, presents a myriad of restaurants, bars and shops. Away from the buzz Newport Cliff Walk and Castle Hill are more hidden places to stay in Newport.

On the western shore of Aquidneck Island you find Newport Harbor district. It’s the best place to stay in Newport for travelers who prefer a central location.

Its Thames Street is the heart of Newport’s action. The north to south street, positioned steps from the Newport Harbor waterfront, offers the eateries, watering holes and other distractions you need for a good time.

If you want to have most of the city’s offerings within effortless walking distance, don’t look past the hotels in Newport Harbor.

But is there a downside with a stay in Newport’s downtown area?

Well, it’s that you base yourself across Aquidneck Island from the famous Newport Cliff Walk. Still, depending on your exact location, it’s not more than 1 or 2 miles from accommodations at Newport Harbor to the cliffs.

To sum up, Newport Harbor is the option for where to stay in Newport that keeps you where it happens. Here you’re positioned in the front row for the inviting entertainment scene of Newport.

Pick Newport Harbor for: The heart of Newport.

The Hammetts Hotel is a modern hotel that celebrates Newport’s history as a New England seaport. Right in the heart of Newport’s downtown area the Hammetts Hotel has an exceptional location for exploring the city. Just be warned that its water view rooms might keep you more at the hotel than you intend to.

Wellington Resort – Spacious on the harbor

If you want to spread out without sacrificing a central location, the Wellington Resort calls your name. Its seven acres down the road from Thames Street are perfect for families or anyone who just wants that extra bit of space.

Newport Cliff Walk is a quiet contrast to the downtown area of Newport. On the other side of Aquidneck Island it’s an option for where to stay in Newport that lures visitors in with its dramatic scenery.

But what exactly is the renowned cliff walk of Newport?

Nowadays the cliff walk is both a Newport and Rhode Island symbol.

Among the many mansions that you pass along the coastal walk the Breakers is the most iconic one. It was constructed from 1893 and 1895 by Cornelius Vanderbilt II, one of the richest men in the USA at the time.

In conclusion, the Newport Cliff Walk is situated away from the buzz of downtown Newport. It’s the best place to stay in Newport for travelers who seek quiet days highlighted by Newport’s stunning coastal scenery.

Town & Tide Inn – Between the Harbor and the cliffs

OK, Town & Tide Inn is not positioned directly by the cliff walk. However, it’s a Newport place to stay that gives you easy access to both Newport Harbor and Newport Cliff Walk. So if you like the idea of a cozy Newport inn nestled between the two sides, you have found your perfect match.

Many visitors never reach the Castle Hill peninsula at the southwestern end of Newport. Hidden away from Newport Harbor and Newport Cliff Walk it’s an option for where to stay in Newport off the beaten path.

The locals have long known it: Where Newport Cliff Walk ends, the Newport scenery continues.

Ocean Drive starts at the southern end of Newport Cliff Walk. From there the iconic Rhode Island drive takes you along the southern shoreline of Aquidneck Island until you reach Castle Hill.

Castle Hill is both a peninsula and landmark. Home to Castle Hill Lighthouse, which peacefully guards Narragansett Bay, the peninsula defines the seaside setting of Newport.

All in all, Castle Hill is the best place to stay in Newport if you look for seclusion. At its own tip of Aquidneck Island you find an isolated setting that you don’t find anywhere else in Newport.

Castle Hill Inn is the only place to stay on Castle Hill. The exclusive Newport inn covers 40 magical acres and occupies 0.5 miles of coastline. With everything from cozy beach cottages to historic rooms in the Agassiz Mansion it’s Newport seaside accommodations at its best.

Middletown – Stay near Newport on a budget

If you want to stay in Newport rather than near Newport, look away now. But if you don’t mind a location a short ride away, Middletown is another option for where to stay when visiting Newport.

Newport shares Aquidneck Island with the northern Portsmouth and the direct neighbor Middletown. As Middletown and Newport are directly connected, you can go between them in minutes.

Still a base away from the Newport attractions tends to mean lower hotel rates, compared to if you stay in Newport’s heart. That makes Middletown a great alternative for budget-friendly Newport lodging.

Additionally Sachuest Point National Wildlife Refuge on its own merits a Middletown visit. At the southeastern tip of Aquidneck Island, home to birds and surrounded by beaches, it’s an excellent spot for a scenic walk.

To sum up, Middletown isn’t Newport, but it’s certainly not far away. The next town is an excellent choice for budget-minded travelers or anyone who wants to try a different Newport base.

With homey rooms and a unique location near Newport attractions the Sea Breeze Inn makes guests return year after year. From the Sea Breeze Inn it’s just 1 miles (1.6 km) to the start of Newport Cliff Walk. Who knew a Middletown location was so convenient?

Final words about where to stay in Newport, RI

Don’t feel any pressure now, but where you decide to stay in Newport heavily influences your experience. Although the Rhode Island city’s size is convenient, it’s big enough to offer different vibes.

Check in at a Newport hotel in the Newport Harbor area if you want to be where it happens. Thames Street is lined by those distractions that to many defines a vacation.

But if you come for the famous Cliff Walk, or just prefer seclusion, look towards the other options for where to stay in Newport. This certainly is a seaside city with something in store for every mood.

Where to stay in Newport FAQ

Here you find the answers to some frequently asked questions about where to stay in Newport, Rhode Island.

Where should I stay when visiting Newport, RI?

Newport offers a smorgasboard of fine lodging to choose from. In Newport Harbor hotels such as Hammetts Hotel give you effortless access to the city’s entertainment scene. But if you prefer a more secluded location, look towards Newport hotels at Newport Cliff Walk or Castle Hill.

Is there a downtown in Newport, RI?

The Newport Harbor area is also known as Downtown Newport. Its center of activity is Thames Street, which a stone’s throw from the waterfront is lined by restaurants, bars and shops. This is where to stay in Newport for entertainment.

How far is it between Downtown Newport and the cliff walk?

It’s between 1 and 2 miles, depending on your exact location, from Downtown Newport to Newport Cliff Walk. At an average pace the walk takes anywhere from 20 to 40 minutes to complete.

How far is it from Middletown to Newport?

Middletown and Newport are directly connected neighbors on Aquidneck Island. No matter where you base yourself in Middletown, it’s not more than a few miles to the Downtown Newport and Newport Cliff Walk areas.

Where to stay along the Blue Ridge Parkway

Where to stay in Cape Cod, MA