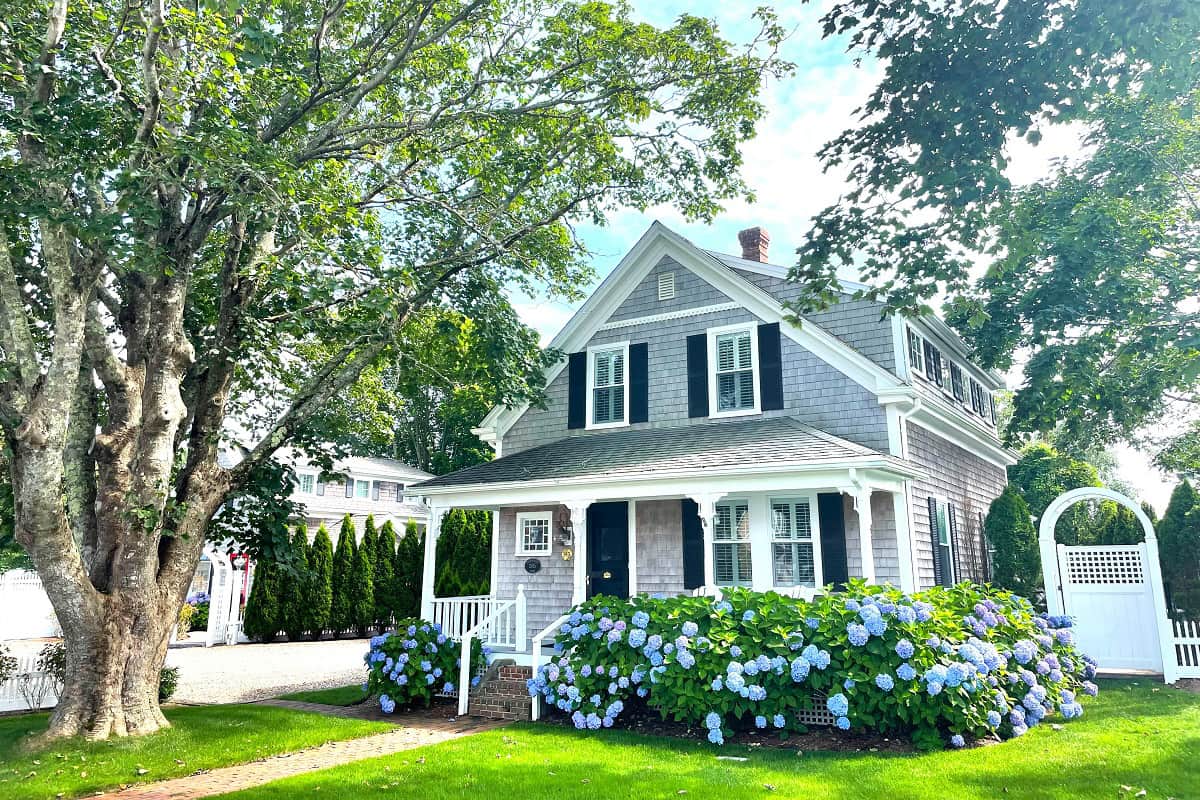 A New York to Boston road trip is a special journey. Not only are New York and Boston fun-filled East Coast cities, the stretch between them is like made for road trips. Embrace cozy seaside towns, attractions for all ages and, maybe best of all, that true New England spirit.

Pack your bags and water your plants. It’s time for the ultimate road trip from New York to Boston to begin.

But if you’re up for some iconic big-city fun before you get going, the endless selection of New York City sights never disappoints.

Time after time the Empire State Building gets ranked as one of the best New York attractions to visit. It’s also even claimed to be the world’s most famous building.

From its observation deck you get a magnificent view of the city that never sleeps. Day or night, the Empire State Building is an iconic inclusion on the New York to Boston road trip itinerary.

Hang out in Central Park

Central Park has since 1858 offered a relaxing contrast to the bustling streets of New York City. It’s an oasis that attracts locals and visitors alike.

With 843 carefully planned acres Central Park invites you to a variety of activities before you start driving from New York to Boston. From walking trails and playgrounds to lawns and fountains, it’s a park for every activity level.

Additional stop: Just 82 miles (132 km) from NYC a rewarding early addition to the New York to Boston itinerary is Connecticut’s New Haven. At its Yale University you can tour one of the most famous institutions of higher learning in the US.

After 3 hours on the road Mystic is the perfect destination for a break on the New York to Boston road trip. In the eastern part of Connecticut, it’s a city that appeals to roadtrippers of all ages.

Mystic’s museums are a big draw. But also with a charming waterfront area, the museums are just the beginning of your Mystic experience.

Mystic Seaport Museum is recognized all over America.

Vessels on display in Mystic include four designated National Historic Landmark vessels. Among them the ship Charles W. Morgan, built and launched in 1841, has a unique story to tell.

Once the American whaling fleet numbered north of 2,700 vessels. But the Morgan is the only wooden whaleship in America to survive to this day.

The museum also proudly presents its recreated historic seafaring village from the 1800s. As you tour the village full of historic buildings, you get to see how seaside residents lived and worked at the time.

With so much on offer, Mystic Seaport Museum is as nice on a New York to Boston family road trip as on a romantic drive from New York to Boston. It’s an educational place where visitors of all ages have fun together.

Just a few miles from Mystic Seaport Museum another top attraction related to the sea is located. At Mystic Aquarium you are welcome to explore the ocean’s depth.

In a US area packed with maritime history, Mystic Aquarium is a unique opportunity to embrace what you find beneath the surface.

Lodging near Mystic’s two celebrated New England attractions is convenient. However, a Mystic stay in its historic downtown area increases the romance factor on the road trip from New York to Boston.

Scenic route: Both Interstate 95 and Route 1 take you from Mystic to Newport in about an hour. Interstate 95 is slightly quicker, but Route 1 is more scenic and traces the coastline better.

The remarkable coastal landscape is there to be explored on the New York to Boston road trip. In Newport the Atlantic waves meet elegant mansions from a different time.

Newport is renowned for its historic mansions. These icons were constructed along Newport’s coastline between the 1850s and early 1900s.

Most famously the Breakers was built from 1893 to 1895 as a summer getaway for Cornelius Vanderbilt II, who was one of the richest men in the US. In Gilded Age style the mansion is just as full of luxury as you can imagine.

The Breakers is just one of several mansions to explore in Newport. Other fascinating mansion stops on the way from New York to Boston include the Elms and Marble House.

Each of these mansions is beautiful from the outside, but Newport mansion tours open the doors for you to get the complete experience.

Hit the cliffs of Newport

Newport Cliff Walk stretches for 3.5 miles (6 km) along the eastern shore of Newport. It’s a pathway, surrounded by crashing waves and stunning mansions, that has become an attraction on its own.

Where the famed cliff walk ends, the adventure continues on Ocean Drive. This road follows the southern shore of Newport, and its westernmost point, Castle Hill Lighthouse, is the end every scenic route deserves.

With scenery around every turn, exploring Newport’s coastline feels like a scavenger hunt lined by treasure chests.

The best places to stay in Newport make an already pleasant visit even better. Near both the historic Newport mansions and the cliff walk you know that you’re exactly in the right place.

Martha’s Vineyard is a quintessential New England destination. From its beautiful homes to its peaceful shoreline, it’s a gorgeous spot to kick back on the New York to Boston road trip.

Route info: It’s 69 miles (111 km) and 1.5 hours from Newport to Falmouth. Add extra time for the ferry from Falmouth to Martha’s Vineyard.

Oak Bluffs, central on the northern shore, is dotted with gingerbread cottages. These colorful structures, there are more than 300 of them, make up a well preserved collection of Methodist summer camp buildings from the 1800s.

Edgartown, east of Oak Bluffs, instead stands out for its elegant white-painted houses. These historic ship captains’ homes primarily represent the period of the 19th century when Edgartown was a booming whaling center.

Vineyard Haven, west of Oak Bluffs, is the only town on Martha’s Vineyard with a year-round ferry service. So if you take the New York to Boston road trip in the off season, Vineyard Haven is the first town on the island that you encounter.

The southern shore of Martha’s Vineyard is much less frequented than its northern counterpart. Down south the towns West Tisbury, Chilmark and Aquinnah most of all offer solitude to the ultimate New York to Boston road trip itinerary.

Oak Bluffs, Edgartown and Vineyard Haven are Down-Island towns filled with superb Martha’s Vineyard places to stay. Even though called Down-Island, these cute towns are positioned on the northern shoreline of the island.

Back on Cape Cod another 56 miles (90 km) take you to the peninsula’s most treasured natural attraction: Cape Cod National Seashore. Far away from the bustling mainland, its peacefulness makes it easier than ever to unwind.

Cape Cod provides 560 miles (901 km) of coastline to enjoy. From Cape Cod Bay to the Atlantic Ocean it’s a destination that promises joy for the beach bum.

But on the idyllic Cape Cod, its vast Cape Cod National Seashore is a chapter on its own. The 43,607 acres big area is filled with beaches, woods and ponds.

With both pristine beaches and untouched nature, it’s the perfect combo for days out.

The seashore is a playground for humans and animals alike. Deer, turtles and playful seals are just a few of the many creatures from the animal kingdom that call Cape Cod National Seashore their home.

Cape Cod is much like the rest of New England’s coastline dotted with pretty lighthouses. These lighthouses offer both a lot of seafaring history and great photo opportunities.

Nobska Lighthouse is the peninsula’s southernmost lighthouse. On Falmouth’s southern tip it’s a lighthouse that can be seen from the Martha’s Vineyard ferry.

Nauset Lighthouse is a red and white landmark within Cape Cod National Seashore. A stone’s throw away the Three Sisters Lighthouses proudly line up.

At the northern end of Cape Cod you find Race Point Lighthouse. It marks the end of both Cape Cod and the extensive Cape Cod National Seashore.

From the beginning of the Cape to its end, you find idyllic Cape Cod accommodations. However, on the surprisingly big peninsula a central location is optimal for day trips.

Arriving in Boston means that this ultimate New York to Boston road trip itinerary is at its end. But don’t despair, Boston is a loaded city where the fun continues with revolutionary history and higher learning.

Walk back in time on the Freedom Trail

In the heart of Boston the 2.5 miles (4 km) long Freedom Trail takes you back in time. The trail, which starts at Boston Common and ends at Bunker Hill Monument, shows you one historic monument after another.

Highlights as you walk the Freedom Trail on the road trip from New York to Boston include Massachusetts State House and the Old State House. Another outstanding building to keep your eyes open for is the Old Corner Bookstore.

Boston’s Harvard University is one of the most reputable institutions of higher learning in the US. Its alumni includes former presidents and Nobel Prize winners.

So wouldn’t it be nice to enter the doors of Harvard on the New York to Boston road trip, if so only for a few hours?

On a guided Harvard University tour that’s exactly what you get to do.

Not only are the grounds interesting to see, but there are also many amusing tales to be told. You don’t have to be into history to appreciate a Harvard tour on the New York to Boston drive.

Boston’s heart offers direct access to the the Freedom Trail. Another option is Cambridge, where you find the legendary Harvard grounds.

You find the answers to some frequently asked questions about the ultimate NYC to Boston road trip below.

How long does it take to drive the ultimate New York to Boston road trip?

The one way road trip from New York to Boston is 399 miles (642 km) long. Driving it takes roughly 8.5 hours, not including any stops along the way to Boston.

Where should I stop between New York City and Boston?

A nice additional stop is New Haven in Connecticut, where you find the renowned Yale University.

How many days do I need to take the New York to Boston road trip?

The New York to Boston road trip can be driven over just a long weekend. However, it’s best enjoyed if you have a week or more available.

The great Florida road trip from Orlando to Key West