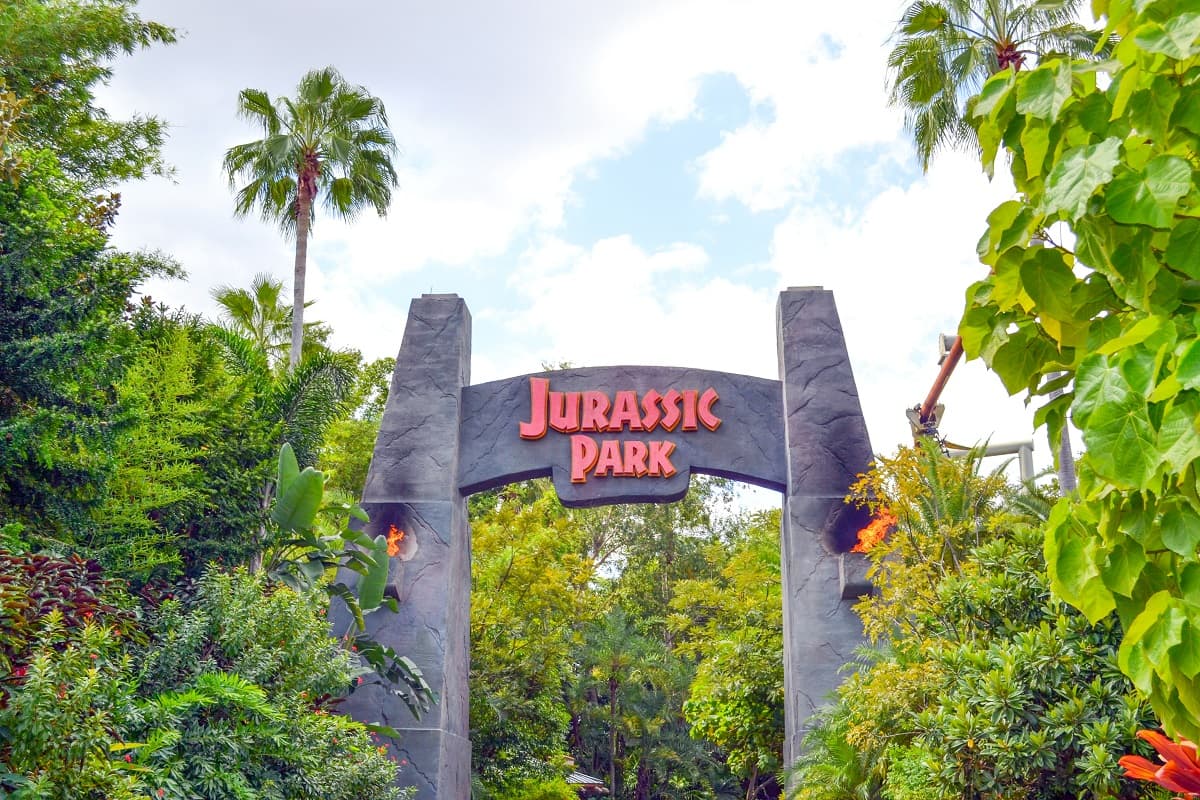 Soft sand under your feet, warming sun on your skin and gentle Gulf breezes in your hair await on this ultimate Miami to Orlando road trip. Add to that the with wildlife teeming Everglades National Park and, at road’s end, loaded Orlando theme parks. Yes, this road trip from Miami to Orlando makes clear why Florida is such a loved American state.

Route from Miami to Orlando

First cross the state of Florida, hopefully in one piece — this is alligator territory. Then embrace the laid-back beaches of the Gulf Coast.

Marco Island, Naples, Sanibel Island and Clearwater Beach — fringed by the Mexican Gulf — are all gorgeous stops for the beach bum. Succumb to some of the most impressive beaches in the world.

But don’t think life is trouble free over here. Every day you might have to ask yourself tough questions such as: Which gorgeous beach should I enjoy next?

Yes, the beach theme is evident on this Miami to Orlando road trip. However, don’t miss all those other attractions — the beach communities along the way might surprise you about all the fun things they bring to the table.

Your South Florida starting point, the vibrating Miami, certainly has a lot to offer. If you’re not a local, make sure to tick off the best things to do in Miami before you hit the road.

Park your car at South Beach

Stately Art Deco architecture, swaying palm trees and fancy places to grab a bite or drink. South Beach is how you know Miami from the movies.

The neighborhood on the 9 miles (15 km) long Miami Beach island has an aura like no other place.

Its iconic Ocean Drive, filled with more exclusive cars than you can count, is an attraction on its own.

However, the main South Beach attraction is the beach itself. On the Atlantic Ocean the renowned South Beach shoreline makes up an awe-inspiring first spot on the Miami to Orlando itinerary.

Do you want to begin the road trip from Miami to Orlando in colorful fashion? Then make your way to the Wynwood neighborhood.

Above all Wynwood is highly regarded for its street art. Blocks upon blocks of murals draw crowds from far and wide.

The neighborhood is like an enormous open air gallery.

But don’t miss the absorbing shops, tasty restaurants and hip breweries. Many visitors come to Wynwood for the street art but return for everything else there’s to discover.

Not far from the white beaches of Miami, the wild Everglades magnificently spreads out. As you drive right through the Everglades on your way west, it’s a Miami to Orlando chance too good to miss out on.

Everglades National Park is the only wetland of its kind in America. The South Florida symbol encompasses an impressive 1.5 million acres of pure wilderness.

To fully discover it, you need to park your car.

Uniquely so airboat tours take visitors to the heart of the huge wetland. An airboat ride offers both stunning scenery and sightings of curious locals.

The alligator is a Florida legend that often shows up. Other animals within Everglades National Park include crocodiles, manatees and a wide range of tropical birds.

You don’t need to look past Everglades City when you look for where to stay near the Everglades. The city, home to several airboat companies, is positioned right where Everglades National Park begins.

On the road trip from Miami to Orlando, you just can’t get enough of pristine beaches. Tucked away in Southwest Florida, Marco Island is a true beach paradise to enjoy between Miami and Orlando.

With white sand, inviting water and warm year-round weather, South Marco Beach is a quintessential Florida spot. As a bonus, it’s also a nice beach for some shelling on the road trip from Miami to Orlando.

If your batteries aren’t recharged yet, this is the place to finally reach 100% before the Miami to Orlando road trip turns north.

South Beach is the prime location for easy access to the beach. Mid Island and North End you find more hidden Marco Island accommodations a short ride from the dunes.

The fun-filled Naples is beautifully positioned on Florida’s Paradise Coast. As you visit on the Miami to Orlando road trip, you get to experience the upscale ambience that the city is so famous for.

In the downtown area of Naples, also known as Old Naples, you find Fifth Avenue South. It’s a mecca for anyone who wants a slice of the good life.

Fifth Avenue South is lined by upscale restaurants, stylish boutiques and more than a few luxury cars. It’s the crown jewel of Naples that is just filled with extravagancy.

Shopping or dining on Fifth Avenue South is a memorable addition to the road trip from Miami to Orlando.

However, just strolling along Fifth Avenue South is a fun thing to do. It’s a pretty walk, and if you continue all the way down the road, you get to Naples Beach.

Naples Pier, located on the picturesque Naples Beach, was built already in 1889 but dutifully guards Naples Beach to this day. The historic landmark juts out 1,000 feet (305 m) into the Gulf of Mexico.

Some things just seem to get better with age, and Naples Pier is one of them. It’s one of the prettiest beach spots on the drive from Miami to Orlando.

The picturesque Naples Pier, white sand and blue water — it certainly doesn’t get much better than that.

Naples hotels in the downtown area give you easy access to the exclusive Naples lifestyle. However, stay further from Naples’ heart if you travel on a budget.

After the upscale Naples and Fifth Avenue South, the road trip from Miami to Orlando takes you to the much different Sanibel Island. It’s an island where nature comes both first and second.

But you don’t have to be a nature lover to enjoy Sanibel Island. The best Sanibel Island activities are for anyone who wants to recharge their batteries on the way from Miami to Orlando.

When you visit on the drive from Miami to Orlando, there’s wildlife guarantee. Above all the Sanibel sanctuary is home to more than 200 bird species to spot. If you’re a bird lover — welcome to heaven.

Day and night, Sanibel Island’s shore scoops up shells from the Gulf of Mexico. For its many shells, Sanibel Island is known as the shelling capital.

When it comes to shelling, there are no better American islands than Sanibel.

All the way from Lighthouse Beach in the east to the very western end of the island, you find great shelling beaches. A shell from Sanibel Island certainly is the perfect souvenir from this Miami to Orlando road trip.

In the Mid Island area, you find the heart of Sanibel, including restaurants and shops. But no matter where you stay on Sanibel, the Gulf of Mexico is close by.

Additional stop: Do you want to break up the drive from Sanibel Island to Clearwater Beach? If so, Siesta Key is as pristine as a detour gets. Siesta Key features close to 100% pure quartz sand, which makes the Florida island snow white.

The beach is what most visitors come for. Clearwater’s beach is 2.5 miles (4 km) long and known for its sugar-white sand. Say hello to prime beach life as you explore the best things to do in Clearwater Beach on the road trip from Miami to Orlando.

Pier 60 gloriously extends 1,080 feet (329 m) out into the Mexican Gulf. It’s an iconic spot for fun in the sand and sun on the Miami to Orlando road trip.

The eye-catching Pier 60 is the centerpiece of Clearwater Beach, where something fun always is going on. From tasty food options to quirky shops, you have all you need within steps at the Florida landmark.

Feel in love on Honeymoon Island

Clearwater hotels at Pier 60 give you walking distance to the entertainment scene. The further north on the island you go, the quieter the ambience gets.

You made it! After 118 more miles on the road, you arrive in Orlando. The attractions in Orlando are unmatched — you couldn’t have picked a better road trip ending.

Disney World in Orlando is by every measurement a huge Orlando attraction. That Disney World spans around 40 square miles makes Walt Disney World Resort almost as big as San Francisco.

In addition the resort includes waterparks, hotels and the shopping and entertainment center Disney Springs.

With so much on offer, Disney World covers every base. From the rides to the colorful characters, Disney World is just filled with fun for the Miami to Orlando itinerary.

Cast a spell at Universal Studios

Universal Orlando Resort is home to thrilling attraction and rides based on popular movies. The detailed themes make you feel like you’re really part of the movies featured.

There are two distinctive theme parks within the resort: Universal Studios Florida and Universal’s Islands of Adventure.

In addition a waterpark, hotels and an entertainment center make the Universal experience complete.

Most famously so, Universal Studios presents the Wizarding World of Harry Potter. At Diagon Alley and Hogsmeade, you get to walk in the steps of Harry Potter himself.

Final words about the Miami to Orlando drive

For beach lovers, it’s hard to imagine something better than a Miami to Orlando road trip. South Florida is fringed by white beaches, and this Miami to Orlando itinerary lets you enjoy several of the very best ones.

Marco Island is gorgeously laid-back, Naples has a unique upscale aura and Sanibel Island is all about nature. Yet, if you appreciate liveliness, the vibe at Pier 60 in Clearwater Beach is incredibly hard to beat.

Which will be your favorite?

You find the answers to some frequently asked questions about the ultimate road trip from Miami to Orlando below.

How long does it take to drive the ultimate Miami to Orlando road trip?

The ultimate road trip from Miami to Orlando is 474 miles (763 km) long. Driving it takes about 10 hours, not including any stops along the way.

In contrast, the shortest possible route from Miami to Orlando, which follows the east coast of Florida, is 235 miles (378 km). With a driving time of under 4 hours, it saves you 6 hours, compared to this ultimate Miami to O-Town drive.

Where should I stop between Miami and Orlando?

Siesta Key is a beautiful additional Miami to Orlando destination along the route.

How many days do I need to take the road trip from Miami to Orlando?

For the complete experience, it’s favorable to have 10 days or more for the road trip from Miami to Orlando. If you’re a beach bum, you can easily spend several weeks exploring and enjoying all the sandy Florida gems between Miami and Orlando.

Can you enjoy this Miami to Orlando itinerary in the other direction?

Yes, you absolutely can. Check out the mirrored Orlando to Miami road trip if you rather start the journey in Orlando, FL.

San Francisco to New York drive through the Wild West

The ultimate Gulf Coast road trip from Texas to Florida